But because the browser war is a zero-sum game, when Chrome won others had to lose. The biggest loser, as has been the case for the last year: Mozilla’s Firefox, which came dangerously close to another milestone, but on the way down.

Firefox accounted for 15.1% of the desktop and laptop personal computer browsers used in July, a low point not seen by the open-source application since October 2007, a year before Chrome debuted and when Microsoft’s Internet Explorer (IE) was only on version 7.

Chrome had flirted with the 20% mark before. More than two years ago, Chrome’s user share — a Net Applications’ measurement of the unique visitors running each browser — had come close: 19.6%. But Chrome then took a prolonged dip that only began reversing last fall.

Chrome’s July user share of 20.4% put the browser solidly in second place, but still far behind IE in Net Applications’ tallies. IE’s share last month was 58%, down slightly from the month before.

Firefox also lost user share in July, dropping half a percentage point to 15.1%. It was the ninth straight month that the desktop browser lost share. In the past three months alone, Firefox has fallen nearly two points.

The timing of the decline has been terrible, as Mozilla’s current contract with Google ends in November. That deal, which assigned Google’s search engine as the default for most Firefox customers, has generated the bulk of Mozilla’s revenue. In 2012, for example, the last year for which financial data was available, Google paid Mozilla an estimated $272 million, or 88% of all Mozilla income.

Going into this year’s contract renewal talks, Mozilla will be bargaining from a much weaker position, down 34% in total user share since July 2011.

Apple’s Safari remained in a distant fourth place behind Firefox, with a user share of 5.2%, down four-tenths of a percentage point in the last month. Meanwhile, Opera Software’s Opera browser brought up the rear with a small 1% user share.

Another analytics company, Ireland’s StatCounter, had different numbers for the browsers. StatCounter’s figures are often at odds with those from Net Applications because they measure with dissimilar methodologies: StatCounter tallies “usage share” by counting page views to show how active users of each browser are on the Web, while Net Applications estimates “user share” by tallying unique visitors, which more closely resembles user base than does StatCounter’s data. 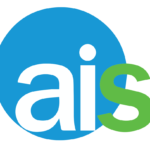